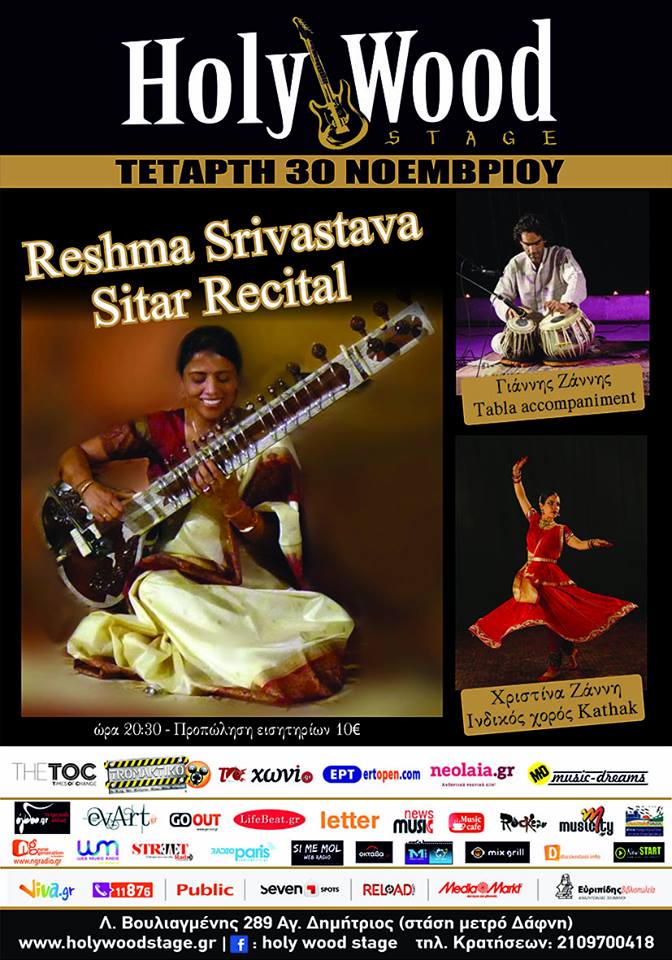 with Tabla accompaniment by Yannis Zannis

World reknown performing artist Reshma Srivastava, M. A. was born into a family of professional musicians in Allahabad, India. Her uncle, Prof. Satish Chandra, an artist from the Pt. Ravi Shankar’s tradition, was her first teacher. On Friday 3rd of December 2016
at Πangea World Music Center