Igino Giovanni Brunori and Virginia Nicoli of Samvad are an innovative musical duo crafting new sounds from ancient materials. Their performances are meditative journeys through a rich landscape of melody and rhythm, using bansuri (Indian bamboo flute), silver flute and saxophone and voice.

Samvad’s original compositions and improvisations are founded on the most rigorous traditions of Indian Classical music, Dhrupad. Their music is less of a fusion and more of a dynamic expression of these traditional principles. Samvad means to ‘speak together’ or ‘accord’ in Sanskrit.

The exceptional quality of Samvad’s music derives from their attention to sound quality, to micro-tonal detail and to the mysterious dialog between the two. East and West, ancient music and contemporary sounds meet in a new interpretation of tradition and modernity.

Yannis Zannis will accompany them on Tabla (Indian drums).

More information about the concert Here

Virginia Nicoli began to play silver flute when she was six years old and at ten began her musical studies. She studied privately for five years and then at the" Accademia della Musica" in Milan with Lucio Nanni. She has a masters in Music Therapy from the "Modello Benenzon".

Igino Giovanni Brunori began to play saxophone in the age of seven. He studied at the "Acadamia Musicale Provincale Francesco Consoli" in Lumezzane with teacher and maestro Fabiano Redolfi and then continued his musical studies with the saxophone teacher Gianni Alberti at the Conservatorium of Brescia.

Samvad met in 2006 through music and began their musical journey towards India, together in both life and music studying the bansuri (indian bamboo flute).

In 2010 they graduated together from the Consevatorium "Arrigo Pedrollo" of Vicenzia in "tradizioni musicali extra Europe i ad indirizzo indologico" with the award for most outstanding graduates. They presented their final thesis after extensive research in India interviewing great musicians and musicologists. In Italy they studied with the great maestro of Indian classical music Gianni Richizzi, who dedicated over thirty years of his life to the study and teaching of Indian Classical Music. They also participated in many workshops with great maestros such as Hariprasad Chaurasia.

Since 2009 they study with the famous Indian Drupad singers Gundecha Brothers in Bhopal, to deepen their knowledge of the art of Dhrupad and dedicate themselves totally to music. From 2012 they started performing with their teachers, the Gundecha Brothers, in many of the biggest Indian Classical Music festivals of India such as Saptak festival in Ahmedabad, Bengaluru Habba in Bengalore and recently in Sawai Gandharva in Pune, and Doverlane Music Conference in Kolkatta.

They deepen the study of Bansuri with Pandit Rajendra Prasanna and his son Rishab Prasanna.

Samvad are active with performances all over the world , in India, Europe, America, Canada, with their duo Samvad or in different collaborations.

Born in Greece, he got in touch with Indian music in 2000, when he attented his first Tabla lessons from Lefteris Mitropoulos in Athens. Since 2004 he started going to India to continue with his studies on Tabla, in the city of Benares (Varanasi). He is a disciple of Pt. Kishan Ramdohkar ji, an eminent Tabla-player from Benares, preserver of the legacy of the tabla wizard Pt. Anokhey Lal Mishra. On 2013 Yannis got his Diploma on Tabla from Prayag Sangeet Samiti University (Allahabad- India), and since 2018 he is under the guidance of the great tabla-player Pt.Subhankar Banerjee from Kolkata.

To widen his musical horizons he studied the Tabla repertoire for the Indian classical dance, Kathak, under the guidance of the great dancer and tabla player, Pt. Ravi Shankar Mishra. Moreover, he attended a Drupad Singing workshop by Marianne Svasek, Tabla classes by Sri Pyar Lal ji and Kishore Kumar Mishra, three masterclass Tabla workshops by the Tabla Master Pt. Ram Kumar Mishra, and the workshop ''Poetry of Rythm” by the Zarb masters Djamjid & Bijan Chemirani.

Yannis has performed several Indian classical music concerts in Greece, Belgium, Turkey, Israel and India,as accompanist and soloist and has written and performed music on Tabla for theater and Kathak dance.

He spends his time between India and Greece learning, teaching and performing. 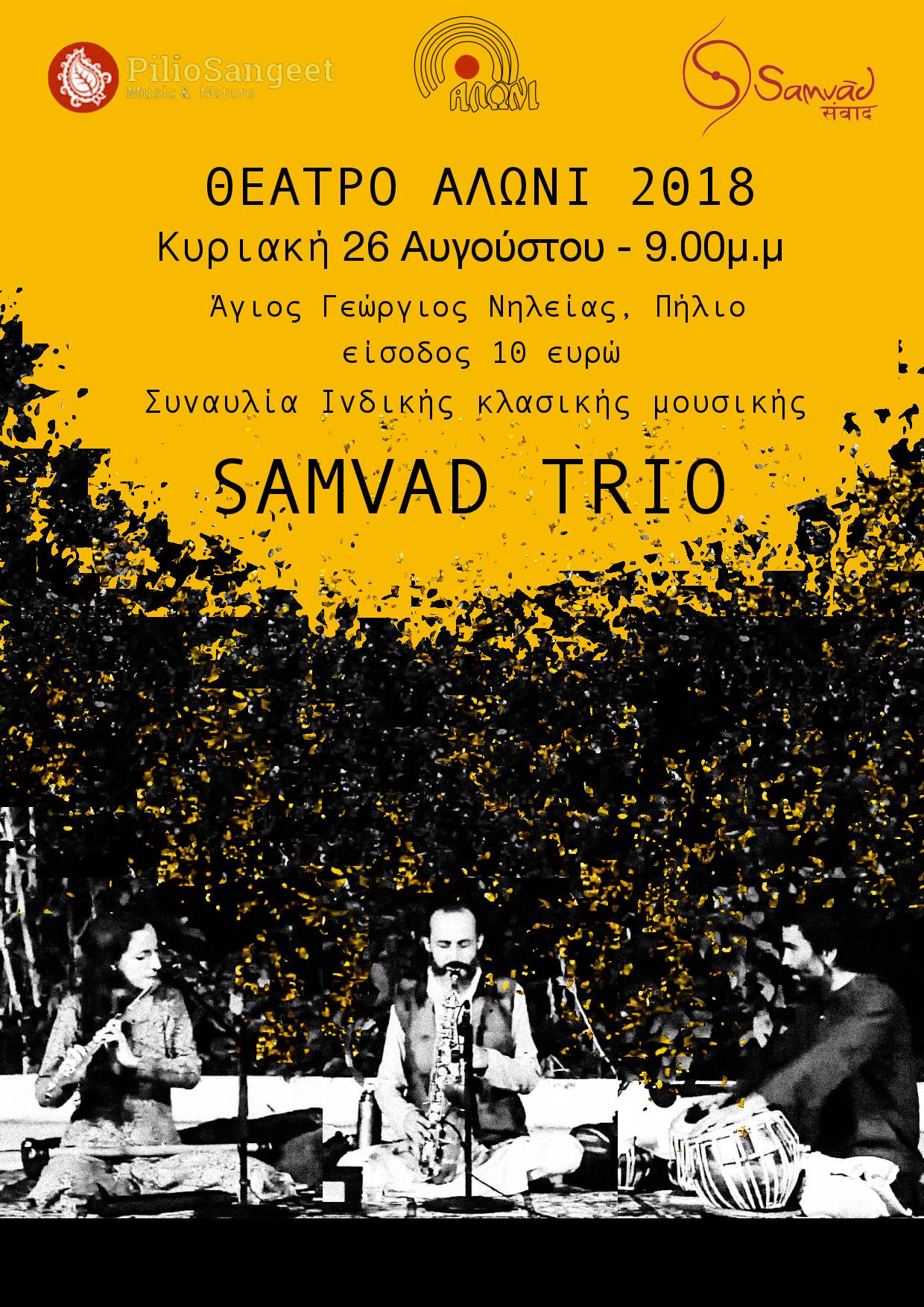